I CAN'T BELIEVE IT'S SEPTEMBER ALREADY

Famous quotes around this time of year include:

The vacations are recorded, tagged, and hash tagged on Social Media and most summer sports injuries are on the mend as we all rally around the end of the season BBQ.  Is that what it is really all about though??  Hardly...

As America and Canada grew through the industrial age, there was a lot of real work to do.  Labor intensive work.  As increased productivity goals demanded, workers were pushed to work longer, many times for lower wages.  Basic human rights were at stake and there was a growing concern by laborers and their families.  They wanted to establish fair treatment.  Thus trade unions and the labor movement were born and began to rally for laborers' rights.

New York was the first city to hold a parade on September 5, 1882.  The picture below appeared in Frank Leslie's Weekly Illustrated Newspaper's on September 16, 1882.  However, Oregon was the first state to make Labor day a public holiday. 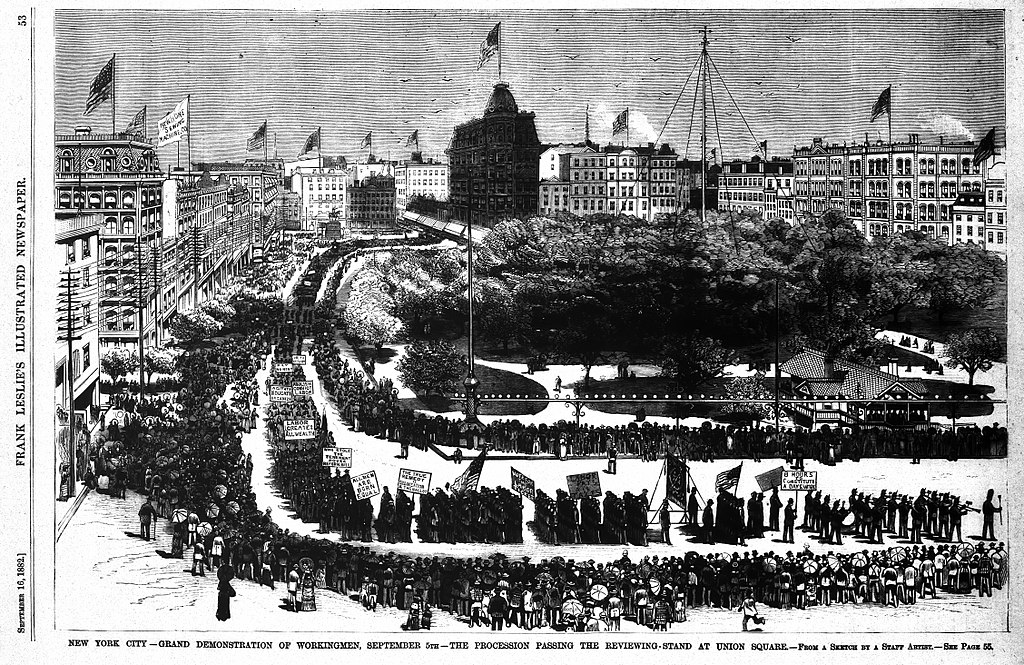 There is some dispute as to who the credit belongs to for first suggesting the national day.  It was either Matthew Macguire the secretary of the Central Labor Union of New York or Peter J. McGuire of the American Federation of Labor upon returning from Canada and witnessing their celebration.  The irony seems to be in the similarity of their last names!

Here is a History Channel summary of Labor Day...

WHAT ABOUT THE BURGERS?

So now we know more of the reasons behind our beloved unofficial end of Summer BBQ.  Since there's not a one size fits all burger recipe, I thought I would include a link to a nice long list of them courtesy of Food & Wine dot com.  Perhaps you will see a new one you want to try today??

Hope you like a big selection because there are 33 of them!

May your labor be light this year on Labor Day and perhaps the heaviest thing you will pick up will be a 12 ounce beverage of choice.

Remember to stay hydrated with plenty of pure water as you keep the grill hot and celebrate this weekend with the people you labor for in love!