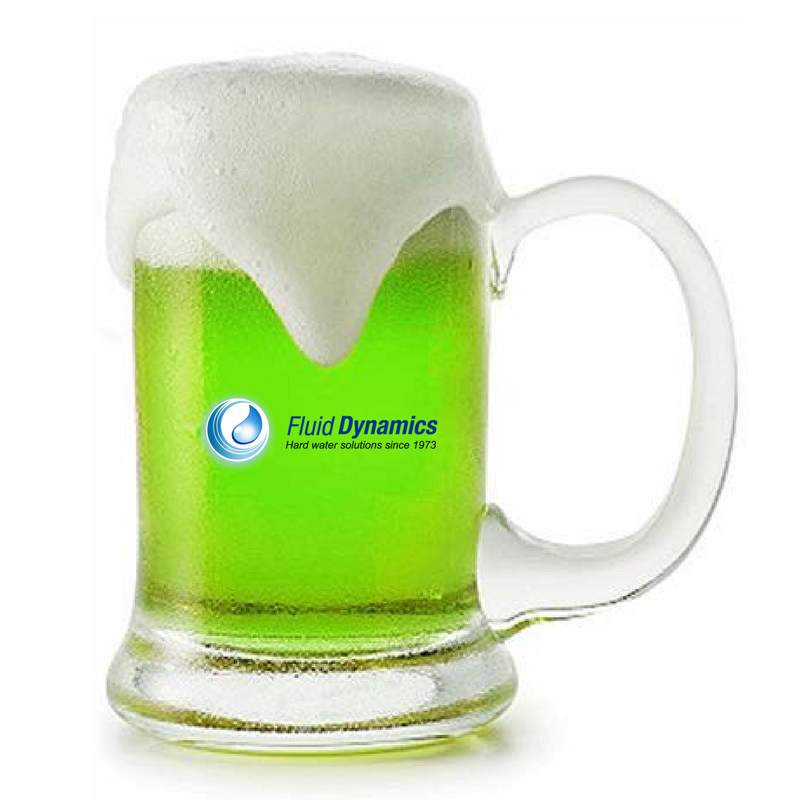 When was Green Beer first served on St. Patrick's Day?

Here in San Diego the streets were awash with green apparel all day.  As with many other holidays that are prone to the party atmosphere there will also be musical performances and a parade tonight as well.  One thing is for certain, there will be many a green beer consumed over the course of the day and into the late night on St. Patrick's Day.  So who started the green beer tradition?

A non-scientific and rather quick Google search had me visiting a site named, Bucket List Bars.

They had this to say about the long-standing tradition...

"More than likely the tradition of green beer started with the Irish tradition of dropping a clover in one's drink then drinking it all down for good luck...But the first recorded incident of beer being turned green occurred in New York City in 1914.

It was a typical St. Patrick's Day at the Schnerer Club in New York City. The festivities kicked off with ringing of a large green bell, everything was either green or decorated with green, the booze flowed and Irish songs were being pelted out with drunken enthusiasm--in short it looked to be another typical and successful event. Until Dr. Curtin, a Coroner's physician, presented the group with his contribution to the night....bright and vibrant green beer.

A reporter from The Evening Independe

nt was present at the event and, along with others in the club, asked the good doctor how he was able to give the fermented beverage such a fitting effect. The doctor simply stated it was one drop of Wash Blue in a undisclosed quantity of beer. (Note, from what we can tell Wash Blue appears to be a bluing agent possibly used for dying fabrics/textiles--probably not what you want to use to turn you beer green this year). The reporter later wrote an article about his discovery which was featured in his newspaper in the March 26th, 1914 issue."

So there you have it...the when, the who, and even a potential reason why.  So it came from a Doctor.  Is this an official prescription then??

Here's to you and your loved ones having a great St Patrick's Day and all days to come!

We are big believers that no matter what the finished product is and what color you want to make it, that the water that makes up the largest portion of the recipe should be the best.

Here's a great post to take a look at your own water quality.

We always want to hear from you.  Leave a comment and if there is a topic you would like more information about, tell us and we will post about it.